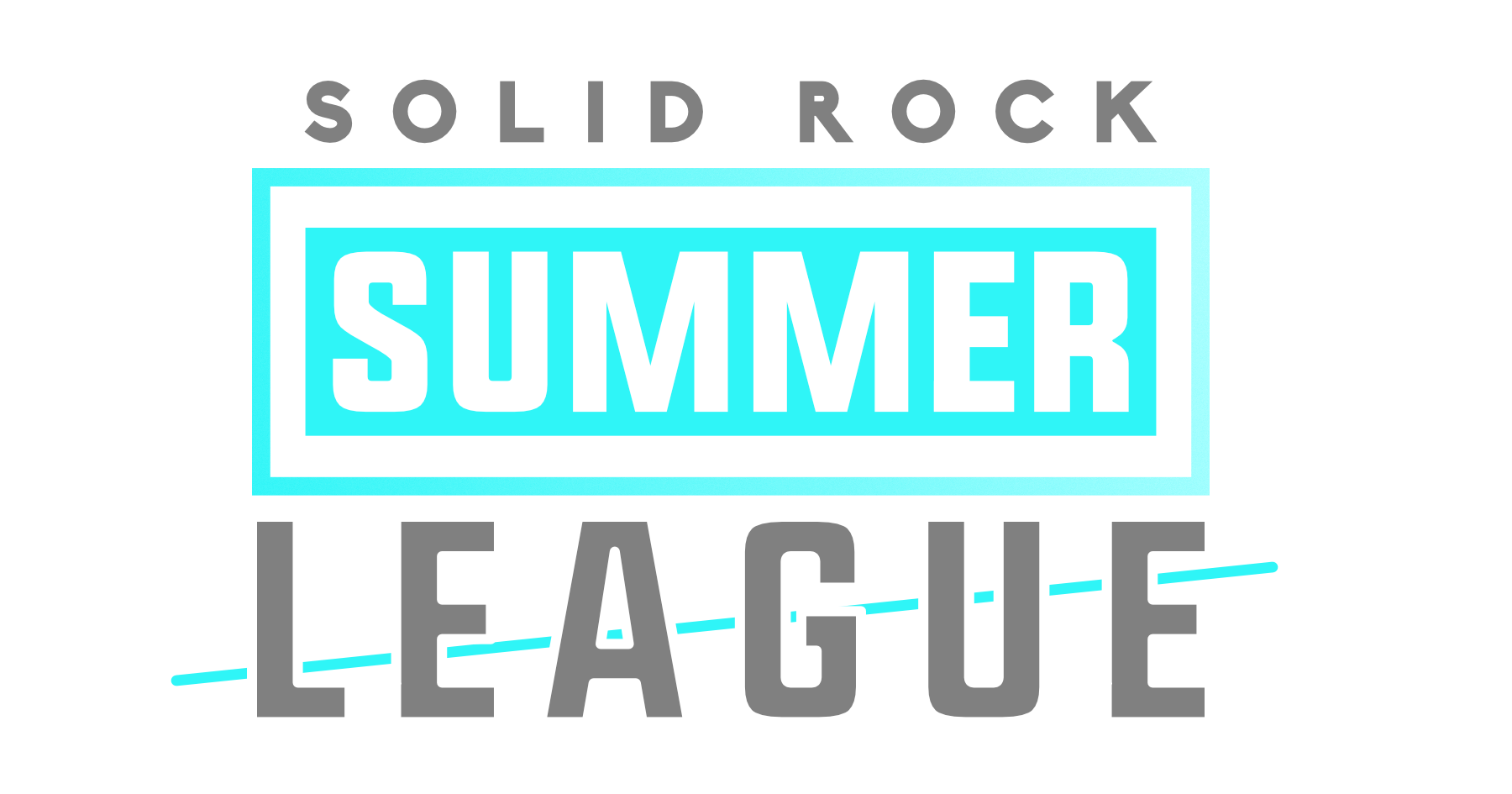 Summer League dates will be determined soon based on state & local guidelines.

Our Solid Rock Basketball League is an opportunity for boys and girls in 2nd-8th grade to continue improvement on their in-game skills. The league operates at a competitive, high-quality level with our certified game officials and stop-clock time-keeping (6th-8th grade). While a competitive league, our facility strives to maintain a fun, family atmosphere to be enjoyed by all. We desire to provide an encouraging and positive experience for our players. Our league primarily takes place in Solid Rock’s clean facility with 4 full-sized courts and the Triple Threat Café. View our upcoming events below to learn more and register for the Solid Rock League!

ATTN: WE DO CHARGE GATE FEES FOR LEAGUE GAMES. PRICES ARE AS FOLLOWS:

3 ON 3 SUMMER LEAGUE BEGINS FRIDAY, JUNE 5th, 2020.
LEAGUE GAMES WILL BE PLAYED ON FRIDAY NIGHTS THROUGHOUT THE MONTH OF JUNE.

3 on 3 play is a concept that we feel adds another layer to overall player development. Solid Rock utilizes 3 on 3 “leagues” in the Fall (SRB 3 on 3), Winter (Jr. NBA 3v3) and Summer (3v3 team league). We also have 3v3 tournaments throughout the year. From our experience in seeing this in action and immediately noticing the valuable results, we are eager to have our athletes participate in this as a way to think outside the box and add another opportunity to excel in your game.

In the 5 on 5 game, players can go almost the whole game without repeatedly touching the ball. In 3 on 3, you could touch the ball EVERY possession. When the player gets more experience handling the ball during game situations, the player is going to improve much more than the players who hardly touch the ball in 5 on 5. It doesn’t matter if you are the point guard or the star post player, you’re still going to get more touches in 3 on 3.

A lot of younger players, especially under the age of 12 don’t have the skill, strength, or experience to utilize their basketball skills with 10 players on the court. 3 on 3 gives them more room to operate and practice their skills.

When there are only six (3 on 3) players on the court, players are more inclined to run the pick-and-roll, screen away, and screen the ball without a coach even telling them to do so, because there are fewer options out there. After a while, they will start to figure things out for themselves which is FANTASTIC and exactly what you want the players to do. With ten (5 on 5) players on the court, a lot of those options aren’t there because they lack skill, strength, and experience. Now, with fewer players on the court, it gives them a split second longer to recognize a situation.

Our 3 on 3 League will give players on average 150% more shots, moves, passes and possessions compared to a typical one hour 5 on 5 game. 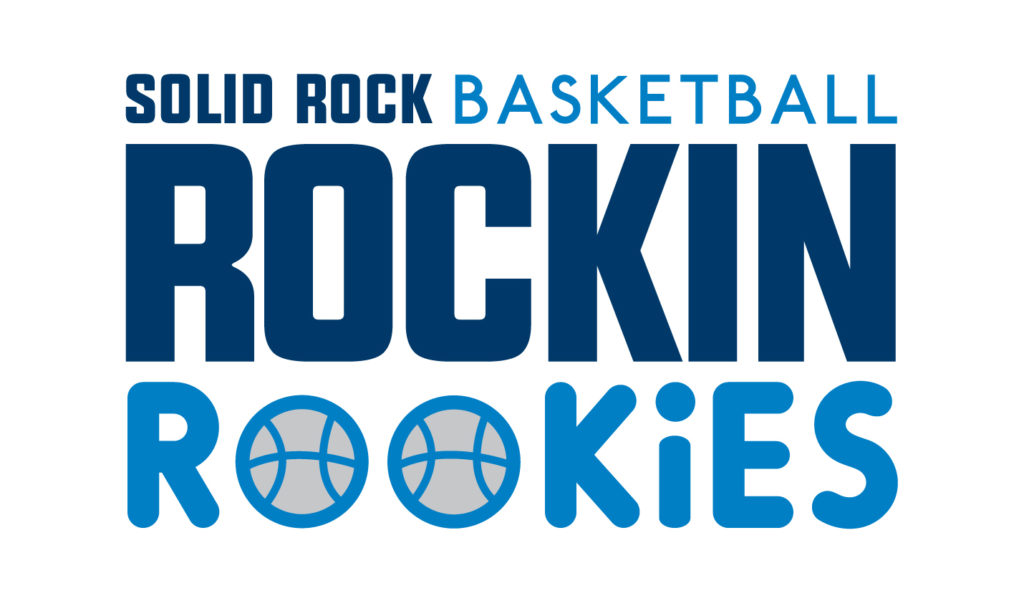 SPRING ROCKIN’ ROOKIE LEAGUE WILL BE RESCHEDULED WITH SUMMER DATES AS SOON AS POSSIBLE.

REGISTERED ROOKIES: PLEASE CHECK YOUR EMAIL FOR ALL UPDATES REGARDING THE NEW SCHEDULE.

Solid Rock Basketball Rockin’ Rookie league comes from our desire to offer a well-run league that specializes in skill and fundamental development with a very intentional curriculum geared specifically for the K-2 grades. We want their first experience of the game of basketball to be so fun and memorable. Our Solid Rock staff will be available for assistance during practices and come alongside our volunteer coaches to assist in these young kids learning, growing, and enjoying their experience. We desire for our young athletes to learn the game of basketball in a positive and encouraging atmosphere.

Individual registration is for Rockin’ Rookies and you will have the opportunity to have a friend request. (Boys & Girls may be combined in our Rookie League)

ROCKIN’ ROOKIE TEAM REGISTRATION
– We WILL NOT be accepting full teams into the spring league – only individual players.

ATTN: WE ARE CHARGING GATE FOR ROCKIN’ ROOKIE GAMES. PRICES ARE AS FOLLOWS:

Solid Rock Basketball is committed to having the best basketball leagues in Oklahoma. It is our desire to bring a great experience not only to the athletes, but the coaches, spectators, and families that support and uplift young players. Solid Rock desires for all involved individuals to experience a safe, competitive, and uplifting environment. We feel that to create that environment for a quality league there should be organization, passion, enthusiasm, and an all-around positive atmosphere.  A few tactics that Solid Rock implements to ensure properly run leagues include specially trained officials to referee the games with professionalism, integrity, and consistency, four, quality full-sized maple wood courts for our athletes to play on, experienced clock and game management teams to ensure properly tallied and executed games, and a clean facility with concession stand to add to the overall athlete and fan experience.

Additionally, we maintain these elements along with our league rules to maintain leagues that are age and skill appropriate.

REGISTER FOR LEAGUE ACTIVITIESVIEW ALL ACTIVITIES

Please keep in mind that we partner with the iREF Association for game referees. We have our own teams in leagues, tournaments, and events here at Solid Rock. Therefore, we hope you can understand that our Solid Rock Staff cannot and should not have direct influence on referees during their work. That is, we will not ‘make calls’ and sway referee decisions from the sideline during games as that is not our job nor should it be. We do believe it is our job to continue bettering Solid Rock Basketball by continuously improving on the quality of officiating. We have a good, continued relationship with iREF and iREF Management and are committed to regularly providing feedback on official performance.

We are happy to speak with COACHES that have concerns about officiating and will pass on the information to iREF Management. Parents, players, and fans can direct their feedback on officiating directly to iREF through their facebook page here. Please keep in mind that officials are first and foremost PEOPLE. They will make mistakes just as players, coaches and even fans make mistakes. That said, we do provide feedback in order to keep officials accountable for their job performance. Thanks for your understanding! 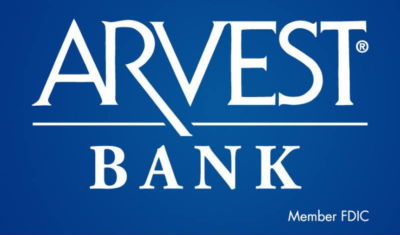