The Goal is Simple:

We want to provide the tools necessary for any player to reach his or her maximum potential as a basketball player, teammate, and person. The focus will be on the athletes’ overall basketball skill set, basketball IQ, and the understanding of the game itself, while encouraging the mental toughness and confidence that is so critical for overall basketball development and success.

The strength of the program is the belief that there is no “one size fits all” method for helping players reach their potential. Solid Rock Basketball will develop a game plan specifically tailored to meet the needs of every player based on age, current skill set, game understanding, and desired results. Our experienced staff (over 100 years of high school and collegiate playing and coaching), is prepared to cover every aspect of the game through 1 on 1, small group (2-6), team training, and skills academies. Solid Rock Basketball will work diligently with the athlete to ensure overall improvement with noticeable results. Our staff and teaching methods are worth the time and investment. We desire our athletes to be the most prepared, skilled, on point, confident athletes in Oklahoma.

Our training sessions are specified for 3rd-12th grade boys & girls.

We have a strictly enforced 24 hour cancellation and rescheduling policy. Any lesson or training appointment missed, late cancelled, or changed without 24 hour notice will not be eligible for a refund. In order to receive a refund from your cancelled or rescheduled lesson, notify our training and lessons coordinator, Cisco Hukill prior to 24 hours before the start of your scheduled appointment. Contact information listed below.

We have many coaches at Solid Rock Basketball that are dedicated to teaching and encouraging young players. These coaches strive to provide players with the knowledge, tools, and skills to improve their skills and better understand the many various aspects of the game of basketball. Book a training coach below.*

*Certain Solid Rock coaches are more regularly available for lessons – these coaches will be available through our online booking feature. Other coaches may be available upon request. For specific coach requests or if you have any further questions about individual and group training, please contact Coach Cisco at 405.697.5242 or cisco@solidrockbasketball.com. 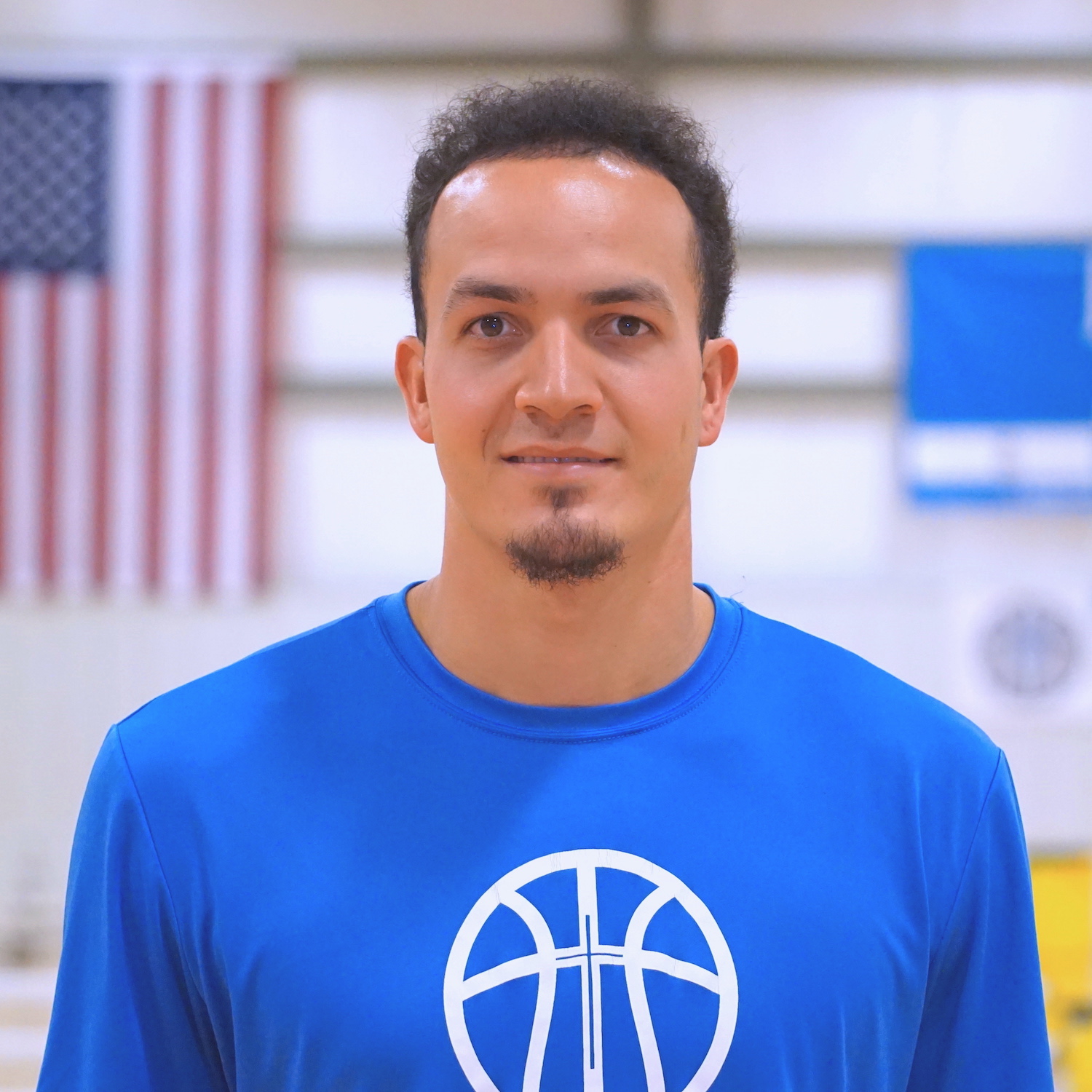 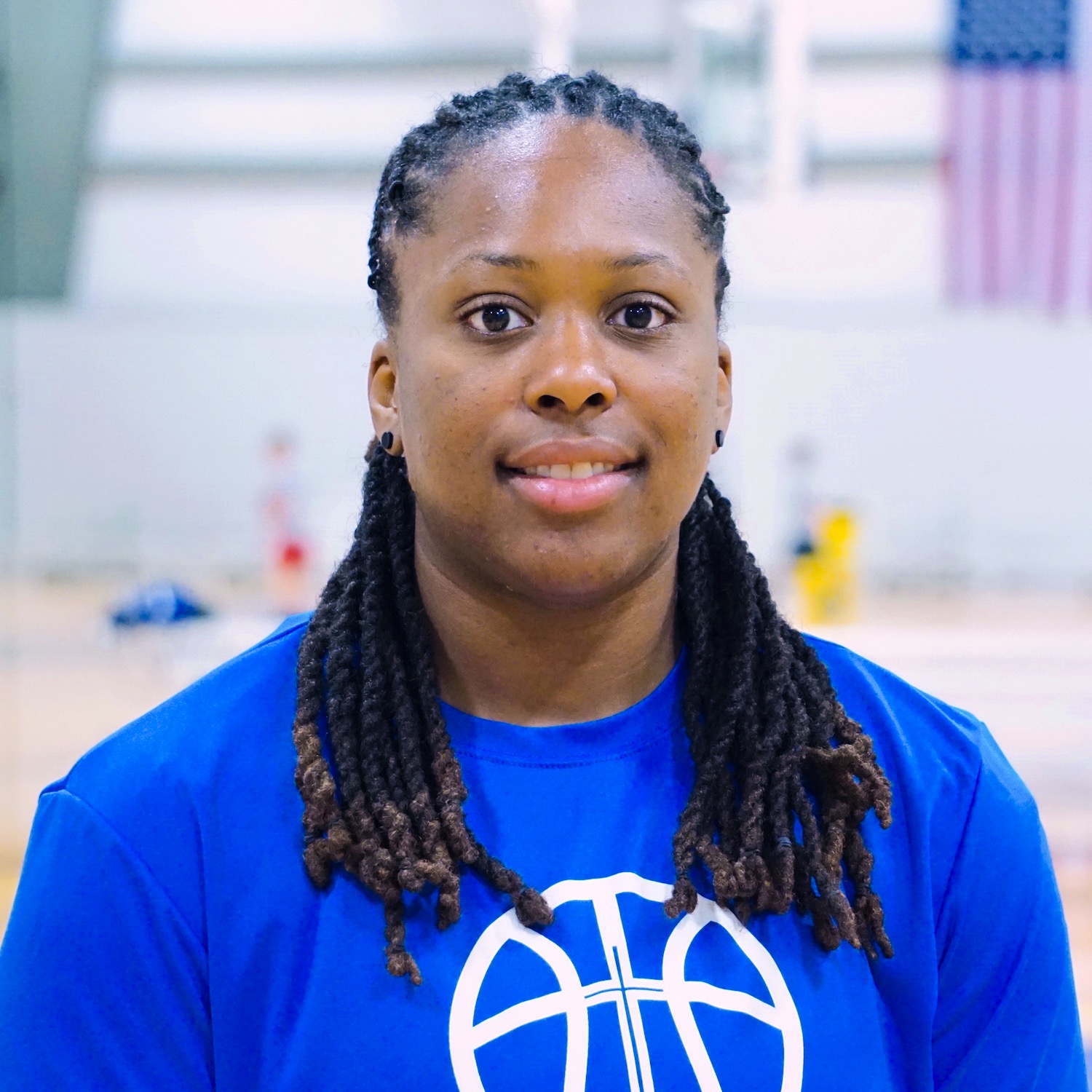 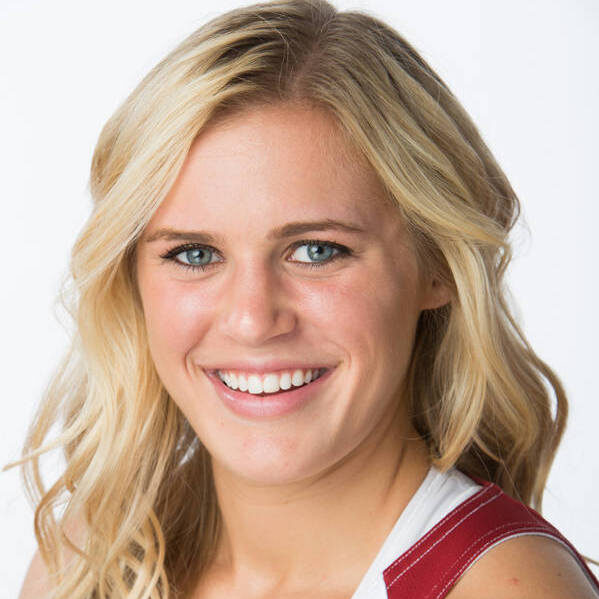 After graduating from University of Oklahoma in May of 2018 continued her basketball career at the professional level.

CURRENT:
Due to COVID, currently lives stateside in Norman, OK. Was hired on by OU Athletic Department. Currently the Graduate Assistant at Headington Hall, where she is titled the Resident Director for the Housing Facility where the OU student-athletes live. She also helps as a scout player with the current OU women’s basketball team. This fall semester she began her master’s degree in the College of Education. She is working towards her graduate degree in Adult and Higher Education with an emphasis in Intercollegiate Athletic Administration. When her professional basketball career ends, she plans to continue coaching at the college level. Gabbi has 7 years of basketball training experience, which has included individual and group lessons for both boys and girls of various ages. 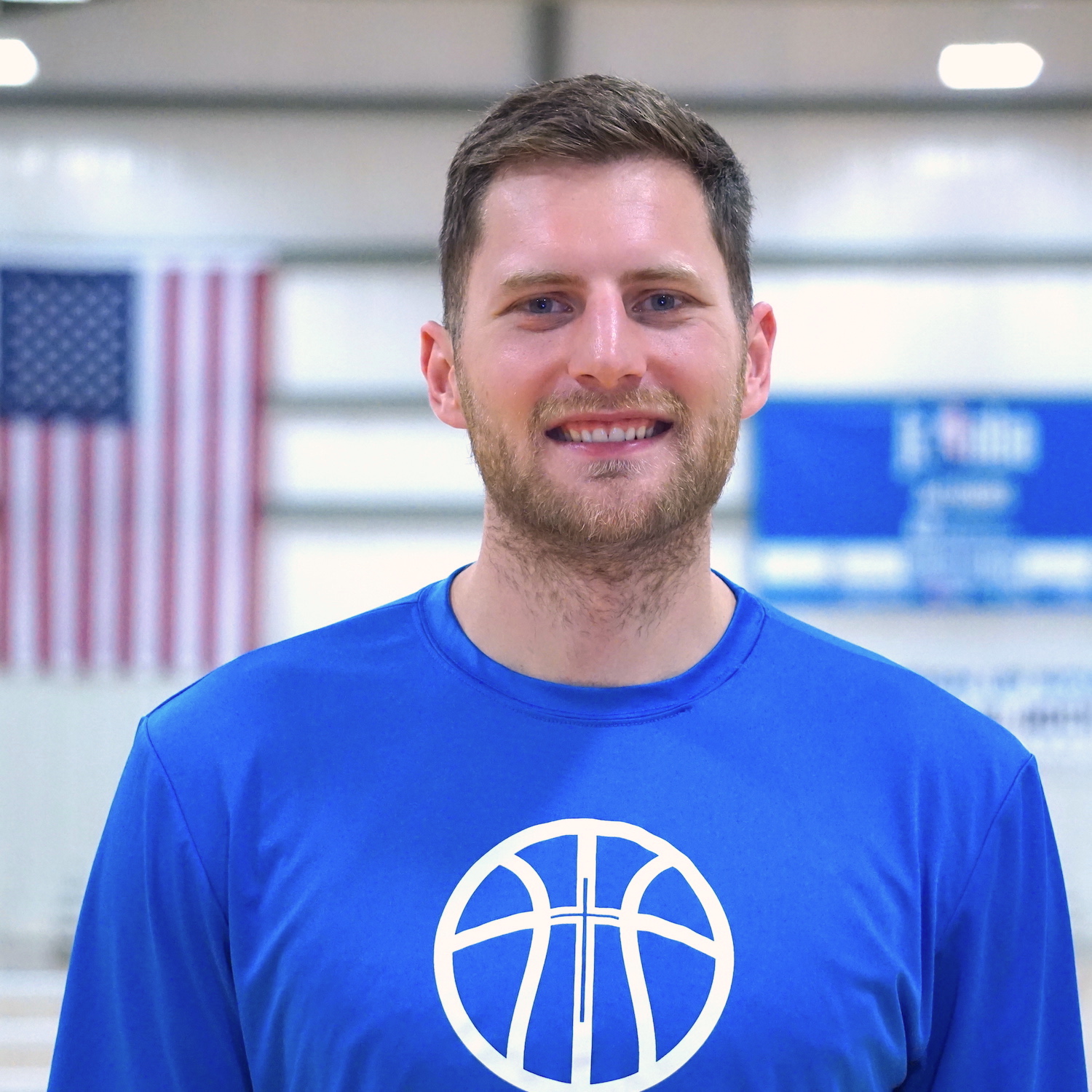 CURRENT:
Graduated from UCO with a degree in Math Education and is currently the Boys Basketball JV Head Coach and Varsity Assistant Coach at Edmond North High School. Corbin chose to go into coaching to help players achieve their goals of becoming better players. He also strives to positively influence his players and encourages them to become better people through the process of showing them Christ. 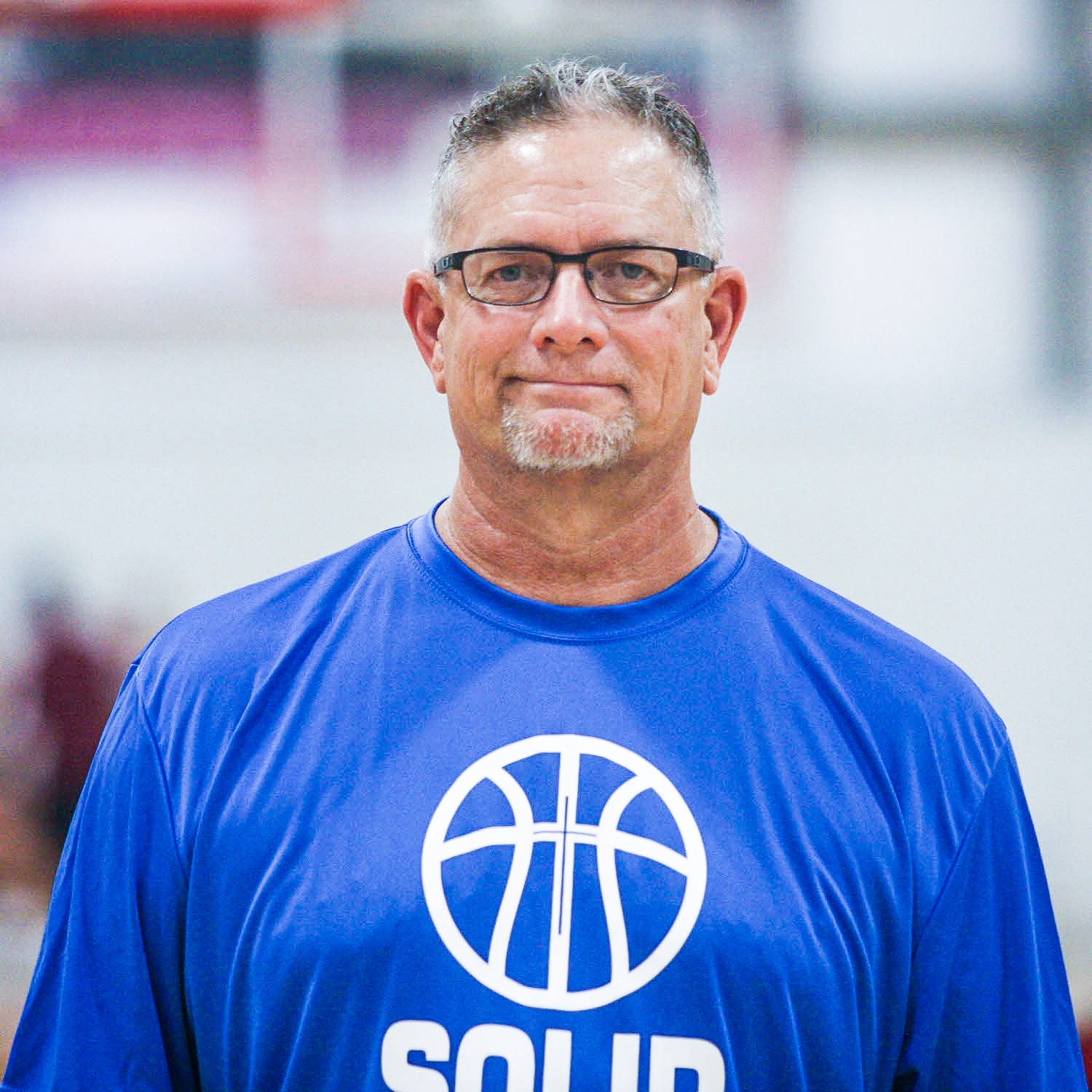 Personal Training: One on One Setting

These sessions are for players that are ready to become a game changer and put in the extra work that others are not. Those who seek 1 on 1 attention to maximize their skill development. We want to put a plan in place for the athlete that will replicate the pressure of game situations, and take the implementation of basic skills to the next level. Overall repetition and muscle memory in shooting and ball handling. We want the athlete to be pushed out of their comfort zone. We believe it is the ideal learning environment when you make mistakes in training. It is part of the learning and overall development process.

Solid Rock Basketball has developed a system for coaches who are available for individual and small group training. Our Training staff has over 100 years of combined youth, club, AAU, High School, and Collegiate coaching backgrounds.

The athlete can register for as many sessions as desired but please note that Solid Rock Basketball encourages and recommends registering for 10 or more sessions to ensure the necessary time needed for the athlete to learn new habits, digest what is being taught, and begin to develop the necessary instinctive aspect in their game.

Small group training usually consists of 2 – 4 athletes. Solid rock small group training will allow for fundamental and skill training under the pressure of competition with other athletes. We believe this can be one of the best ways to step up your game to the next level. We will use much of the same curriculum and skill concepts as 1 on 1 training, but will have the ability to put the skills and concepts to use in situational and competitive drills.

Solid Rock Basketball has developed a system for coaches who are available for individual and small group training. Our Training staff has over 100 years of combined youth, club, AAU, High School, and Collegiate coaching backgrounds.

The athlete can register for as many sessions as desired but please note that Solid Rock Basketball encourages and recommends registering for 10 or more sessions to ensure the necessary time needed for the athlete to learn new habits, digest what is being taught, and begin to develop the necessary instinctive aspect in their game.

Take Your Team to the Next Level

One of Solid Rock Basketball’s most versatile settings. These sessions can run 60-120 minutes in length and are for any team looking for extra time, a different voice, or concentrated drills for areas your team needs help with. We will tailor these practices to encompass these areas of need and create a focused setting for you improvement as a team. At Solid Rock Basketball, we desire to be a valuable resource for your team, your staff, and you as the coach. As former players and coaches at the high school and collegiate levels, we understand that you may have offensive and defensive systems already in place with your team. Our goal is to partner with you to develop your team within these concepts while challenging them to rise to another level as a team. This can be done through focus on multiple team concepts like ball movement, spacing, late game situations, defensive strategies, man/zone principles, or any area of the game you would like covered.

These sessions can be scheduled to work with your team’s calendar and daily schedule. We can work with your team from 1-4 days and could even arrange for 2 teams to practice in unison while offering competitive drills and sessions for work on concepts covered in Team Training. Please call us and let us brainstorm with you how we can customize this for you and your team.